to a low carbon energy future

As the world switches to lower emitting energy sources, we deliver solutions that enable organisations navigate this transition and thrive in a new energy future.

Building the energy system of tomorrow

We see climate change as an opportunity – not just a risk or a problem – to re-engineer global energy systems into sustainable entities that rely on easily-accessible energy sources.

We clarify complex and ambiguous energy challenges, then deliver superior solutions that provide an edge in a competitive and increasingly renewable energy future.

We evaluate, design and deliver both novel and proven energy projects, optimise operations of energy systems, and maximise reliability of energy assets throughout their life cycle.

We take a multi-disciplinary approach to projects that ensures a successful outcome, supporting clients from planning right through to delivery and operations.

We deploy deep technical knowledge and a first principles approach to evaluate project opportunities and novel technologies, to provide a clear and definitive verdict.

We rely on broad sectoral knowledge to provide exhaustive analysis and astute insights that identify new opportunities and highlight challenges ahead.

We perform a systematic assessment of your energy consumption and provide straightforward recommendations on energy efficiency practices and sustainable investments. 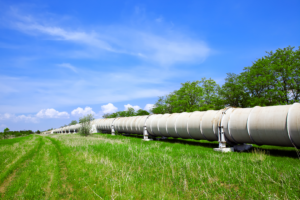 Complete this form if you require a pdf version emailed to you Highlights As the “cleanest” fossil fuel, natural gas will be a “bridge fuel”

The Future of Oil – The View from December 2017

The oil industry has enjoyed its best 4 months in 2 and a half years, with the price of Brent crude holding steady above $60 per barrel (pb) since the last week of October. Falling global inventory, temporary disruptions and geopolitical risks in the Middle-East have combined to fuel this rally.

At the end of May, as OPEC and other oil producers reached an agreement to extend oil production cuts until March 2018, most analysts expected the market to reward the announcement with some form of price rally. This anticipation was reinforced by a minor price recovery that was largely driven by statements in the build-up to the meeting, which strongly hinted at an extension. Surprisingly, the official announcement of the extension triggered a price decline that completely wiped out all the gains enjoyed since the original agreement was announced.

Charting a course to a new energy future